Provincial Nominee Series: E3 NOVA SCOTIA and the mystery of Category B 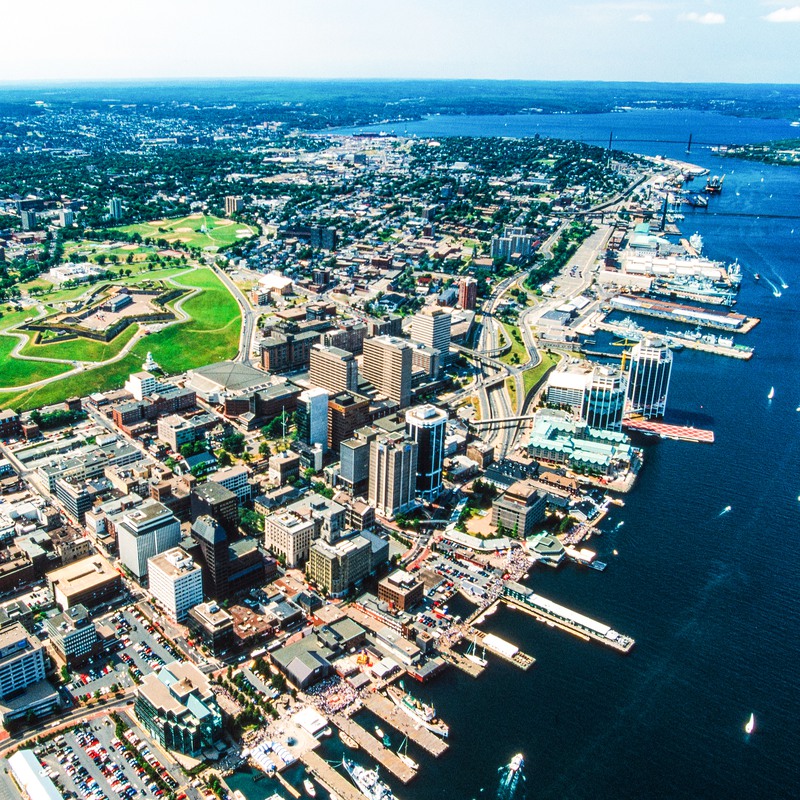 When looking at Provincial Nominee Programs for offshore applicants, Nova Scotia seems to have by far one of the most straightforward selection criteria. This, along with the very clear instructions on documents requirements make Nova Scotia seem one of the easiest streams that can boost your score with 600 points. But is this always the case? Let’s look a bit in-depth into Nova Scotia’s history with PNP nominations.

What do we know about Nova Scotia?

Nova Scotia is a province in eastern Canada. With a population of almost a million inhabitants, it is one of Canada’s three Maritime provinces and the four Atlantic provinces. It is the country’s second-most densely populated province. The peninsula that makes up Nova Scotia’s mainland is connected to the rest of North America by the Isthmus of Chignecto, on which the province’s land border with New Brunswick is located.

Nova Scotia’s capital and largest city is Halifax, which today is home to about 45 per cent of the province’s population. Halifax is the thirteenth-largest metropolitan area in Canada and the largest city in Atlantic Canada.

Nova Scotia lies in the mid-temperate zone and, although the province is almost surrounded by water, the climate is closer to continental climate rather than maritime. The winter and summer temperature extremes of the continental climate are moderated by the ocean. However, winters are cold enough to be classified as continental. The annual average temperatures prove winters that are milder and easier to adjust to than other areas of Canada:

The annual temperatures are:

How about city life? Have we heard Halifax?

Halifax is the capital city of Nova Scotia and boasts a population of 390,000. The pros and cons of living in Halifax can easily be considered in relation to your personal preferences.  Halifax is home to a large population of young people and is steeped in culture and history.

Halifax is also a hub of post-secondary education; it is estimated that 81 out of 1000 residents of Halifax are post-secondary students. This is because the city has many great institutions for those with an appetite for learning, universities, and colleges.

Halifax offers excellent housing options at costs considerably lower than many other North American cities. Apartments and condominiums for young professionals who want to live within walking distance to work, larger homes with backyards for families, and high-end luxury accommodations in the heart of Halifax for senior-level employees.

Halifax welcomes thousands of young professionals and newcomers every year who fall in love with our east coast lifestyle and enviable combination of urban and rural living. Employers and their employees agree that Halifax provides the right ingredients for success, both in and out of the office.

Manufacturing increased by 3.9%, led by gains from plastics and rubber products (+11.8%) with the second year of double-digit growth. There were also notable increases in paper, pharmaceuticals and medicines, and machinery manufacturing. Seafood product preparation and packaging, as well as wood product manufacturing, declined.

Mining, quarrying and oil and gas extraction activity were up 25.8%. Gold and silver ore mining increased as the Touquoy gold mine completed its first full year of production. Oil and gas extraction fell significantly as the Deep Panuke gas field shut down in May and Sable Island ceased production at the end of 2018. The completion of the Maritime Link Project and the new gold mine in 2017 were important factors in the decline of the construction sector and more than offset a 9.7% gain in residential construction.

The public sector grew 1.6%, accounting for almost 25% of the total economic growth with increases in educational services, health care and social services, and federal government public administration. Professional, scientific and technical services and administrative and support services grew, while information and cultural services declined for the third consecutive year as some newspapers moved from daily to weekly publication. Retail trade edged up 0.2%, the most significant slowdown since 2014, due largely to a 7.4% decrease in motor vehicle and parts dealers.

How’s the job market? Excellent, for some.

The ageing of the population has many implications for Nova Scotia’s labour force. One is that a much larger share of the workforce is nearing the age of retirement. While ten years ago 16.3% of the labour force was aged 55 years and over, by 2018 that number had risen to 23.1%. While this is not great news for the government services, this is, however, excellent news for immigrants, underlying the real necessity of Nova Scotia to attract and retain skilled workforce.

With an ever-growing service industry that sums up more than 50% of the GDP, Nova Scotia’s job market prioritizes:

The labour categories listed above have been under high availability in relevant recruitment portals as well as prioritized in terms of immigration nominations, being listed as mandatory NOCs in order to be sponsored by Nova Scotia PNP stream. This continues to be very good news for support service industries that are so competitive in other larger provinces.

The answer to this question depends mainly on your skilled work history. Nova Scotia’s immigration program through a provincial nomination has been relying solely on their in-demand occupation.

What does that mean?

Well, in summary, it means that factors like age, English or french level in language competency tests, years of experience or links to the province come second, while the focus is on having work experience in one of the categories that the province prioritizes.

Category A, a very long shot for offshore immigrants, implies that you should hold a Job Offer from one of the government-approved employers in the province. While holding a job offer is, of course, a great advantage in the process, we are reluctant to advise offshore applicants to focus on this stream as chances of finding an employment offer while being outside of Canada are, realistically, slim. Category A is mostly used by people that lived and worked in NS on a work permit and they are now ready and eligible to move to a permanent resident subclass.

On the other hand, Category B, this pot of gold for offshore applicants has been mostly dedicated to supporting immigrants coming from overseas that have the required skills needed in the labour market.

One of the greatest advantages of Category B is the fact that applicants are not necessarily impacted by their Express Entry Ranking Score. How is this a good thing?

Well, assuming you would work in finance, marketing or admin services and did not meet the requirements of having an IELTS over CLB 9 or a CRS over 400 points, your chances would be very limited. With Ontario and Alberta targeting high ranking scores and support occupations being few and far in other provinces, Nova Scotia becomes a beam of light. The same applies to nurses that get an ECA equivalency of a diploma or fall short of the CRS 400 points. Along the years, the profiles nominated by Nova Scotia found a way to receive a certificate of Nomination whether they were at 300 CRS or below, based on being in an in-demand NOC and submitting documents on time.

Why would submitting documents on time be a big thing?

Well because unlike any other province, Nova Scotia’s selection in Category B is time-critical. This is one of the provinces where having an experienced consultant can, in reality, make a whole lot of difference. Why so?

Because NS does not announce in advance the opening of Category B. Not only that but upon opening, the applicant needs to upload and submit all relevant documents for the application in the fastest time possible. Why fast? Because it really goes by the saying first come, first served. Meaning, if there are 500 applicants selected today in relevant NOCs, the selection will stop once 500 people managed to upload their documents. This usually leads to NS Category B being open for a few hours only. If you are operating like us from the GCC region, this can very well be in the evening while you are stuck in traffic after work. Are in this case all your family birth certificates ready? Do you have stamped bank statements? Do you have all the employment support documents and legal translations of all non-English documents? But most importantly, will you manage to submit all your documents and make it in time? What if the website freezes? Who can you call? Nova Scotia’s PNP stream had met its share of challenges over the years and it is easily understandable why. You must be ready and you must be fast in order to not miss out on opportunities. Want to understand more? Any of our advisers would happily offer you a free one hour review of your profile by signing up for a Free Assessment.

FDI American Cities of the Future ranks Halifax, Nova Scotia in the Top 10 for Best Human Capital and Lifestyle (2019/20).

Nova Scotia’s median household income was below the national average at $60,764. Within Nova Scotia, median total income ranged from $47,548 in Queens county to $69,522 in Halifax county. Income growth, after adjusting for inflation, for Canada was 10.8 per cent over the decade.

All children in Nova Scotia are legally required to attend school until age 16. Parents also have the option of performing home-schooling, but they must still follow specific guidelines and courses.

Public education is run by the government and paid for through taxes. In Nova Scotia, most residents attend public school, starting at age 5 with grade primary in elementary school. Primary is followed by grades 1 to 6. After elementary school, youth attend grades 7 to 9 at a junior high school and high school for grades 10 through 12.

Public schools operate for about 5 hours a day. Times vary at different schools and at different levels. Language instruction can either be in French or English, but most schools in Nova Scotia are primarily English. French immersion is also available.

After completing high school, students may choose to continue with post secondary education at university, community college or through an apprenticeship.